The theme at CES 2013 appeared to be have given an impetus to innovation.  It is heartening to see that, even with technology (and gaming) companies becoming bigger and more removed from their roots, there still exist teams that bring us technology that is going to reshape the way we live our lives.

Today, let us talk about the Oculus Rift. The Oculus Rift is what virtual reality (VR) was always meant to be: not the trashy 3D glasses they hand you out at the neighborhood overpriced PVR Cinema.  The story of how the project is heading toward completion is quite humbling. There was this happy-go-lucky guy called Palmer Luckey with a pet project.  He posted about his project on a forum where it was discovered by the legendary John Carmack, founder of id Software.  Eventually, Carmack became a fan and proponent of this pet project and even pushed it on stage at an E3 convention.  This technology later landed on Kickstarter, our favorite crowdfunding platform.  The project raised $2.4 million.  Yes, that much. 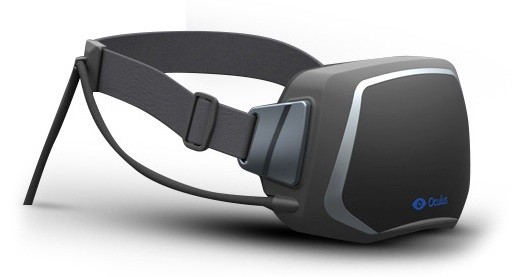 The Oculus Rift is set to change our view of virtual reality.

The VR unit is meant for end consumers, which means it is going to be affordable.  This means you and I will (should) soon be able to use this as our HUD while we slice down evil mercenaries of the C.E.L.L Corporation in Crysis 3 (actually, the release dates for both will definitely not coincide that squarely, but you get the point).

Shaped like ski goggles, the unit has two lenses pointed at a 7″ LCD panel.  This LCD delivers two separate images to each eye, somewhat like what a regular 3D goggles aims to achieve.  Inbuilt gyroscopes and such-likes ensure that the unit is able to sense your own movements and correct the LCD’s vision accordingly.  As you move your head, so does the picture in the LCD.  Imagine dive-bombing into enemy outposts in Battlefield 3 with the air zooming past you as you careen toward your target: yes, that good.

It may be a while before the VR unit is ready for production, but the devkits are out this March.  If you are technically inclined, you may preorder them off the Oculus Rift website here.   To really understand the power of this product, check out some of the initial reactions captured by the Davis Daily:

With devkits out in March, it might still be a while before the gaming world is ready for the implications of this technology.  We don’t expect that adoption will be as slow the Kinect, which means most developers will jump at this much faster.  We peg the release around early 2014.  Anticipating this timeline, some developers are already joining the bandwagon.  For instance, Adhesive Games announced that its Unreal Engine-based free-to-play Hawken will be Oculus-ready when it launches this December.  Here is a screenshot: 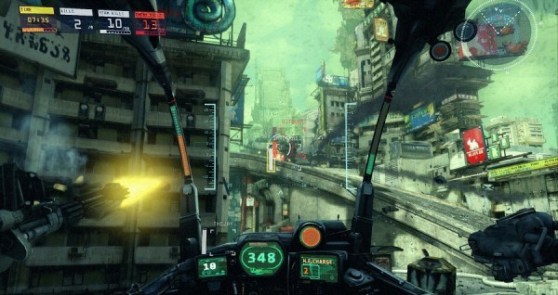 This piece of hardware will revolutionize the way games work.  Additionally, this will have amazing consequences for training — imagine manufacturing, aerospace, and hazardous materials training.  This technology could easily change what the future looks like for us.  A future might even be a combination of Google’s Project Glass and Ocular Rift.

ALSO,  A NOTE OF THANKS TO CROWDFUNDING.

The broader picture here deserves a mention.  A lot of how this project came to be is serendipity.  If we left it to bigger corporations to get us there, we would still be depending on 3-D glasses (we have seen how slow innovation in that sphere has been).   Companies such as Kickstarter and Crowdfunding.com have provided the impetus to bring such innovation to the masses.  It may still be a while before crowdfunding becomes the preferred route for entrepreneurs and techies, but nonetheless it is a step in the right direction.

In India, we have seen at least one such initiative, Wishberry, that brings the concept to our shores.  India is a hotbed for innovation and companies like Wishberry can make it happen for all the ideas that get shelved for lack of investment — at the very least, entrepreneurs and innovators will have one less excuse for not following their dreams.

We are looking forward to trying out the Oculus Rift the moment it is up for grabs.  In the meantime, it’s back to the trusted DualShock to liberate my friends from the evil Vaas.