As true gamers, I bet you have been judged more than once in the typical gamer stereotypes that people hold — that you are a socially-challenged and entitled brat who has nothing productive to do.  So, the next time you face such discrimination, tell them off with these facts we gathered from global research on how gaming is good for you. 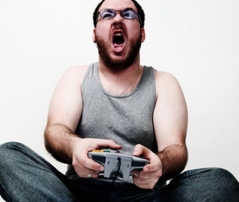 Not all of us fit this stereotype.

Gaming isn’t all that bad for your health, as we always feared.  After all, a lot of people tend to be couch potatoes that spend endless hours on their controllers (oh wait, that’s a stereotype!).  According to a recent research by the University of Rochester, gamers playing action-based video and computer games made decisions 25% faster than others without sacrificing accuracy.  The same study also concludes that champion gamers  can pay attention to more than six things at once without getting confused, compared with the four that someone can normally keep in mind — in a work environment that realistically needs its employees to juggle multiple complicated tasks, we see this as a fun way to build a pipeline of employable talent.

Its funny how people will yell sexist at any insinuation you make on women’s driving skills — and yet, will stand by their long-held beliefs that gamers could never get a date, implying that all gamers are overweight potato couches with a bottle of beer and a packet of chips on the side.  That was until now when the research above found that 42% of computer and video game players are women!  Getting back to the benefits, it seems female gamers were “better able to mentally manipulate 3D objects, a skill at which men are generally more adept” (quoting verbatim from the study, lest someone scream sexist again!).  I can see how this might be helpful in some situations like, say, parking a car? 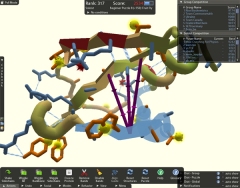 It wasn’t too long ago when Seth Cooper from the University of Washington, decided to tap into efforts of  thousands of gamers to solve scientific problems.  His coworker  Firas Khatib and his army of gamers cracked a critical AIDS research problem — determining the three-dimensional structures of different proteins — in just three weeks.  They used FoldIt, a social gaming experiment that brought together thousands of gamers to solve this longstanding issue.  It is interesting to note that two-thirds of the top scorers in this game have no biochemistry experience beyond statutory high school.  You learn more about the FoldIt project here and about its application to AIDS research here.

Using gaming concepts to make business processes smoother and solving critical organizational challenges is fast becoming popular — although the only thing we want to see changed about this is the term “gamification”.  For instance, with the popularity of Facebook as a marketing tool, companies are turning to gaming concepts — such as reward for progress achieved — into branding and sales tools.  Starbucks rewards (and attracts) visitors who check in to outlets on Foursquare with a Barista badge, and their most loyal customers with a $1 off.  Nike+ lets you save runs, set goals and challenge friends while you exercise.  All successful examples of how organizations have adopted gaming concepts.

But last, and definitely not the least, simple games put smiles on people — and that counts more than all else.  If you haven’t seen this already, check out how fondly this 100-yr old grandmom talks about her Nintendo:

Research and articles sourced from: